Company take-over through siblings Stefan Klinglhuber und Astrid Klinglhuber-Berger. Award “Silberne-Ehrenmedaille” of the Chamber of Economy because of the 125 your existence.

Rebuilding of all rooms and entrance area in the guesthouse “Klinglhuber”

Finishing of the ****Hotel Klinglhuber.
Award for tourism and architecture in the same year.

Wedding of Franz and Leopoldine Klinglhuber

At a bombing raid, the Guesthouse was completely destroyed. After the end of the 2nd world war, the red army was in the Guesthouse Klinglhuber.
The reconstruction of the house happened fast. Many associations are still our guests.

Rebuilding of the rooms with running water. This was high standard in those years.

The name “Klinglhuber” was first mentioned. Founders were Leopold and Leopoldine Klinlhuber. The Guesthouse was a typical “Stop-guesthouse”. In former Times it was a kind of horse stable (nowadays: small saloon). Every Tuesday, it was held a brute market. Because of this event, the doors were opened from 04:00 am on. There were no contracts; deals were confirmed with a simple handshake.

At this area, there was a kind of cavern. It was used for the lead fabrication. 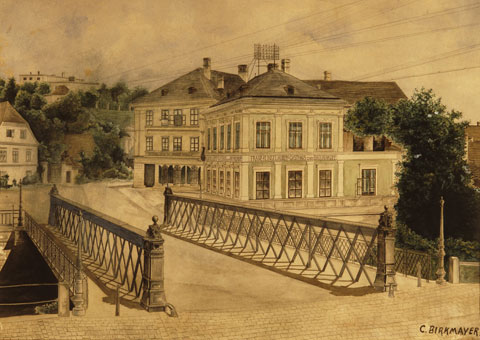